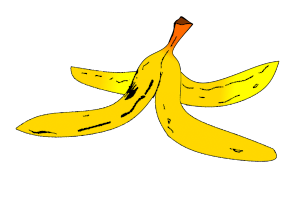 The patent appeal process allows an applicant to bypass an examiner and request that the Patent Trials and Appeal Board (PTAB) independently review their patent application.

In nearly all patent applications, applicants and examiners eventually end up agreeing. Most of the time, this is a compromise. The applicant may win some arguments but may have to amend some claims to satisfy the examiner. Other times the examiner will prevail. Sometimes the applicant gives up. However, in a small percentage of the cases, there may be an impasse where neither side wants to budge.

Usually, such deadlocks are broken by some combination of extrinsic evidence, talking to the examiner’s supervisor, or filing continuation in part applications. But in situations where these options may be unsatisfactory, consider the patent appeal process. Note that there can’t be any outstanding rejections over ambiguous claim language (no 35 USC 112 rejections), and the examiner must have rejected the claims must at least twice.

In the patent appeal process, the USPTO allows the applicant to ask that a PTAB review board review the patent application status. This board will independently determine if the patent examiner has acted reasonably according to patent law. Appeals are risky. Statistically, the board tends to affirm the examiner about 55% of the time. Hence the banana peel illustration.

How the process works

The process starts when you file a one-page “notice of appeal” and pay an appeal filing fee. This notice informs the USPTO that you are appealing and is also considered a type of office action response.

Patent appeal briefs: Once you file notice, you have a two-month deadline to file a formal appeal brief. Appeal briefs are somewhat long and tricky to write. They follow a set format:

Try to avoid making weak arguments as these can detract from your more critical points. You then send the appeal brief to the PTAB review board along with a forwarding fee.

These are short, five-page “appeal-previews” that you can run by the examiner and their supervisor ahead of the (much longer) appeal brief. These can be a quick sanity test – can you make a short, concise argument? Although the usual feedback is not that useful, these can help sharpen your ideas and show the board that you are trying to resolve things.

The standard review process is relatively slow – often more than a year. You can try to speed things up (to less than six months) by petitioning for the expedited patent appeal pilot program. Although there are only a limited number of slots (125 per quarter), spaces are usually available.