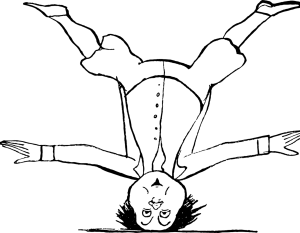 In today’s “defense against the dark arts” class, we will consider obviousness, MPEP 2143.01(V), In re Gordon, and defending against unfair citation reading that renders the citation inoperable.

Ever get an obviousness rejection where you don’t think that the examiner has read the citations reasonably? Perhaps the examiner used hindsight to pick out-of-context excerpts? Are the examiner’s arguments so hindsight-driven that they actually render the citation inoperable?

35 USC 103 (obviousness) rejections have been tricky to handle ever since the 2007 KSR v Teleflex decision. But if you encounter this problem, consider arguing that the reasoning is inconsistent with MPEP (Manual of Patent Examining Procedure) sections MPEP 2143.01(V) or MPEP 2143.01(VI).

MPEP 2143.01(V) teaches that: “The (examiner’s) proposed modification cannot render the prior art unsatisfactory for its intended purpose.”

In re Gordon (1984): In 1980, applicant Gordon filed a patent application (now US4490254) for a blood filter assembly to remove unwanted gas bubbles and other blood debris during surgery. The USPTO rejected this, citing a 1916 gasoline filter patent by Charles French (US1175948). The examiner used hindsight from Gordon’s art to turn French’s invention upside down. He then argued that Gordon was obvious.

Both the USPTO examiner and then a later USPTO appeal board, rejected Gordon’s patent as obvious, based on their upside-down interpretation of the French design. The Federal Circuit Court disagreed and ruled in favor of Gordon.

Hindsight and a fair reading of the reference

The court pointed out that the French device relied on gravity to separate water from gasoline. There is no motivation to turn the French device upside down because “it would be rendered inoperable for its intended purpose…In effect, French teaches away from the board’s proposed modification.”

The court then reversed the USPTO review board decision.

Patent examiners are not attorneys. Citing court cases does no good. Examiners ignore any arguments that are not in the MPEP. However, the nice thing about the In re Gordon case is that this case did end up in the MPEP. Thus you can cite the MPEP reference number, and then argue that the examiner’s reading makes the citation inoperable. The examiners should take this seriously.