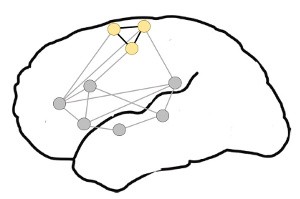 The 2007 KSR v. Teleflex Supreme Court (SCOTUS) decision is why the patent examiner, ignoring hindsight issues, just used your teaching against you to reject your patent application claims as being “unpatentable” (obvious) under 35 USC 103.  Unfortunately, the US patent “obviousness” rules and regulations still have some “bugs.”

The patent examiner has just reviewed your patent application and has sent you an office action. Why did the examiner write all these “rejected under 35 USC 103 as being unpatentable over (various citations)” statements? It almost looks like the examiner just copied your claim, interspersed it with various citations matching some of the claim words, and concluded with “therefore it would have been obvious to one of ordinary skill in the art…”

This statement might look to you like a standard formula that the USPTO could use to reject almost anything. It is. Why does the USPTO work this way?

Why do obviousness rejections exist?

Some background: Without obviousness rejections, your utility or design patent could soon be swamped by many other competitor patents that claim the smallest, most trivial changes to your work. So there needs to be something to prevent this. Obviousness acts like an invisible “force field” that keeps competitors from getting too close to your work. The USPTO attempts to set the depth of this “shielding” or “force field” by trying to determine, often years later, what a person having ordinary skill in the art (PHOSITA) would think was obvious.

One big problem is “hindsight bias”. Lots of non-obvious things look obvious in hindsight. Here the legal system is attempting to cope, with varying success, with a very complex underlying problem of pattern recognition. Once you see the solution to a puzzle, it is hard to see anything else.  Another big problem is that the USPTO rules examination rules allow them to combine an unreasonable number of prior art citations.

Before 2007, the USPTO used anti-hindsight rules in an attempt to minimize hindsight problems. However, in the 2007 KSR v. Teleflex case, SCOTUS made what, in my opinion, was a fundamental error. Dictionaries define hindsight (somewhat incompletely) as: “understanding of a situation or event only after it has happened or developed”. SCOTUS tends to turn to the dictionary whenever they don’t understand a subject. Here, they ran this incomplete dictionary definition into the ground. They argued that the earlier anti-hindsight rules were too “rigid”, and that “common sense” should be used. They held that hindsight could be avoided by just considering if the invention would be obvious “at the time of the invention”.

Unfortunately, SCOTUS failed to provide a time machine. What they gave us instead is a meaningless phrase and a legal fiction.

In reality, you have just shown the examiner the solution to a puzzle. You have thus “trained the examiner’s neural net” to view this solution as “obvious.” However, SCOTUS doesn’t understand this. Instead, they have told the examiner that hindsight bias isn’t a real problem.  Thus, your examiner can dismiss your “hindsight” rebuttals by merely stating that under the newer, post-KSR, USPTO rules (MPEP 2141.01 III): “Content of the prior art is determined at the time the invention was made to avoid hindsight.” Really? While you are back in that earlier time, can you invest in some stocks for me?

In other words, thanks to the KSR ruling, the present USPTO rules can be paraphrased as Don’t bother us about “hindsight”, we’re not listening. SCOTUS says that we don’t have to!

Other ways to rebut obviousness rejections

Fortunately, you are not totally out of luck. You have other ways to rebut obviousness rejections. Examiners often misquote the citations and have gaps in their reasoning. Indeed, the examiner’s interpretation may even render the citation inoperable. Further, the examiner’s proposed combination is often a Frankenstein monster that differs significantly from the claim. Additionally, you can also try to defend based on Secondary considerations. Other less common options include arguing that the examiner has read the citations unfairly, or is combining old citations. So you can do things to defend your claims. However, US patent law does have a “bug” (or feature) here. 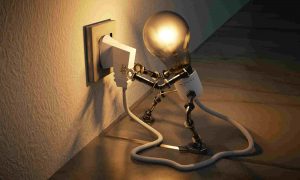