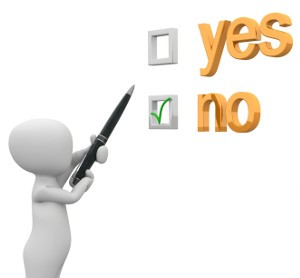 USPTO office actions are used to reject most patent applications by using “done before”, “obvious”, “vague”, or “not patent-eligible” type arguments.

Why are there USPTO office actions? You are probably hoping that your patent application will sail through the USPTO patent examination process. However this usually doesn’t occur.  As a practical matter, examiners work on a quota system. The USPTO usually rejects most patents several times before they allow it.

Using average speed filing, an examiner usually won’t start looking at an average patent application for over a year.  However it is possible to pay extra for faster examination.

The most “popular” USPTO rejections are:

The examiner thinks he has found another single citation that teaches everything in your particular claim. However absent actual copying, no two patents are usually totally alike. You can rebut this type of rejection by explaining how the citation is different. Alternatively, you can amend the claims to add additional detail that differs from the citation.

If you file a patent application more than one year after the invention was first published or sold, you can also get a 35 USC 102 rejection. Under the law, the invention is considered to be public domain.

The examiner (sometimes impermissibly guided by your disclosure) is attempting to reject your claim by combining features from multiple citations. The examiner may often create a Frankenstein concept that may or may not be plausible. Fortunately, there are examination rules here. You can often rebut this type of rejection. Various arguments are possible. You can argue that the examiner has misquoted the citations. You can also amend your claims, or argue that the examiner didn’t follow the “103” examination rules.

Examiners use these “vagueness” or “indefinite” type rejection for several things. Sometimes it is harmless and easily corrected, such as when the claim’s grammar is off (35 USC 112b). However, sometimes it is deadly. This can be when your underlying patent application doesn’t teach how your invention works in adequate detail (35 USC 112a).  This is more likely to happen if the original application lacks specific examples.  You can often rebut or fixe this by changing the claims. But sometimes the only way to attempt to fix this is to file a “continuation in part” application. You can then try to add the missing detail to this continuation in part.

This wasn’t a problem In the old days (i.e. before 2014). This is because 35 USC 101 as written by the congress (and the constitution) has always been very expansive. However, since 2014, various high court decisions have made this area into a swamp. Almost everyone (except the courts) are trying to sort this out. In the meantime, realize that business methods and financial methods have a higher than average rejection risk.