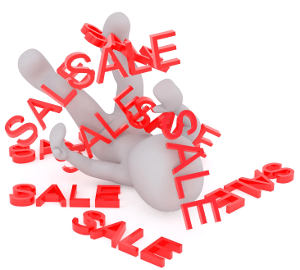 A patent is invalid if the invention was sold more than a year before filing (on-sale bar), and the recent “Helsinn v Teva” case shows that the courts can be harsh.

A patent applicant can accidentally ruin their own patent in various ways.  In the US, one error is to first sell an invention (presumably in the form of a product with the same claims), and then wait more than a year to file the patent. This error violates the 35 USC 102 on-sale bar of classic (pre-2012) patent law. This error also violates the latest 2012 AIA version of patent law, which phrases this as “on sale, or otherwise available to the public”.

However, the relationship between an “invention” and a “product” isn’t always clear, and it also isn’t always clear if a “sale” has taken place.  Is the product identical to the invention’s claims?  If I privately show you a cardboard box and say “I have an invention inside, want to buy it sometime if it works?”, and you say “Maybe”, is this a sale that invalidates a later patent?  In the event of doubt, how will the courts rule?  Will they err on the side of protecting the patent, or invalidating the patent?

In their May 1, 2017 “Helsinn Healthcare v. Teva Pharmaceuticals” decision, the Federal Circuit took a harsh and patent unfriendly approach. Indeed, this ruling was so harsh that Lamar Smith, the Congressional sponsor of the 2012 AIA law, stated that the court was ignoring the intent of Congress.

To greatly simplify the Helsinn case: back in 2001, Helsinn was doing FDA clinical trials. They were testing if various palonosetron drug formulations could nausea during chemotherapy. During these trials, they signed a supply agreement with MGI (another company). The contract stated that if the FDA approved some of Helsinn’s various drug formulations, and if MGI subsequently made purchase orders for these drug formulations, and if Helsinn subsequently accepted these purchase orders, then Helsinn would sell the drug to MGI. But what formulations would actually work? How could Helsinn control either the FDA or MGI’s subsequent decisions? Was this an illusory contract?

In 2003, after the clinical trials were successful, but before FDA approval, Helsinn began filing for various patents. This was before any actual product changed hands.

Teva, a competitor, decided to challenge these patents as being invalid due to the “on-sale bar”. But was there really a sale? Was there even an invention yet? If so, was it actually disclosed to the public? A lower court ruled in favor of Helsinn, but the Federal Circuit reversed.

Strange use of the Uniform Commercial Code

The Federal Circuit used the Uniform Commercial Code (UCC). The UCC is a set of laws intended facilitate commerce. The UCC “saves” ambiguous contracts by automatically supplying missing terms). The Federal Circuit argued that there was a “sale” despite all the “ifs” and ambiguity. They then argued that the invention was in the (undelivered) product. The court asserted that the invention existed before clinical proof that it actually worked.  Strangely, the court even argued that the AIA “on sale, or otherwise available to the public” language didn’t apply because… this would change past practice. Apparently Congress, (despite good reasons and clear intent) somehow doesn’t have enough authority to make these changes?

Helsinn appealed, and unfortunately, in 2018, the Supreme Court affirmed the Federal Circuit. Specifically, the Supreme Court decided: “...Because we determine that Congress did not alter the meaning of “on sale” when it enacted the AIA, we hold that an inventor’s sale of an invention to a third party who is obligated to keep the invention confidential can qualify as prior art under §102(a). We therefore affirm the judgment of the Federal Circuit.”

So present US patent law is quite harsh in this area.  Be careful.