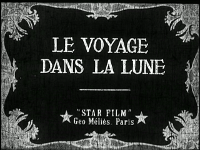 35 USC 103 “obviousness” rejections: The recent Federal Circuit case of Leo Pharmaceutical Products, Ltd. v. Rea, 2013 WL 4054937 suggests that the Federal Circuit may be starting to develop a new set of criteria and arguments that can help protect against hindsight bias in obviousness rejections.  In Leo pharmaceuticals, the Federal Circuit held that “to avoid the trap of hindsight”, probative evidence of nonobviousness should also be considered.  What was new was that the Leo court held that this can include both evidence of long-felt but unsolved needs, and the length of time between the publication dates of the prior art (used in the obviousness rejection) and the claimed invention.  Specifically, Leo court held that the existence of a large time gap between the prior art publications, and the invention, can also be used as indicia of non-obviousness.

How long must the time gap be?

The Leo pharmaceuticals court held that given a longstanding need, if the prior art citations used in the obviousness rejection are on the order of about 14-22 years old, then this is too long.  That is, such an extensive time delay is probative for non-obviousness because if the combination of such long known citations was actually obvious, then the combination would have been disclosed sooner.

An interesting consequence of the Leo Pharmaceuticals ruling is a novel (but risky) “shoot the moon” type of patent defense strategy for obviousness rejections.  That is, Leo can be interpreted as a Federal Court suggestion to find out how far back in time the relevant citations actually extend.  For example, if the prior art is actually 30 years old, but the citations used to demonstrate the prior art were only 5 years old, the following could be done:

The logic seems sound – something that was known 30 years ago was also known 5 years ago.  The fact that the citations were not combined until the invention, despite a long-felt need, is probative that the combination was not obvious.

Showing of non-obviousness:  old citations not combined despite long-felt need

This is arguably a “shoot the moon” legal strategy (i.e. a long shot).  However, it is a strategy better suited for patent trials, rather than patent prosecution. The problem here is that patent examiners, who usually are not attorneys, must follow the Manual of Patent Examining Procedure (MPEP).  The MPEP is somewhat slanted to help examiners find reasons to reject patents. Certain applicant-helpful cases, such as Leo pharmaceuticals v. Rea, are often omitted. At the same time, it tends to cite other marginal, but examiner friendly cases. To a patent examiner, if you can’t cite an MPEP reference number, it doesn’t exist. If a case is in the MPEP, good luck arguing that the case is obsolete.

Thus USPTO examiners, who must follow the MPEP, will generally ignore this approach.  However, Leo Pharmaceuticals represents a valid legal precedent that can be used in a Federal Court trial situation. The utility of this approach for PTAB IPR remains to be seen.