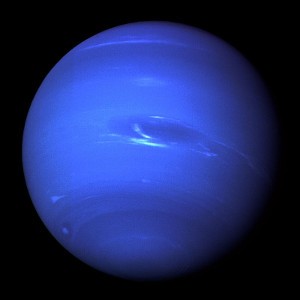 Forget “patent invalid because abstract”, the Planet Blue decision finds the real issue is preemption, and non-preemptive software claims are not abstract.

As previously discussed, in recent years the Supreme Court (SCOTUS) issued a series of confused rulings such as the “Alice” and “Mayo” decisions.  SCOTUS ruled that “abstract” inventions were not patentable, but didn’t define “abstract”, thus making the issue very subjective and bringing much confusion to software and biotech patents.

Fortunately, perhaps realizing that they did more harm than good, SCOTUS has recently started to decline further cases of this type.  They are apparently now leaving it to the Federal Circuit (the court right below SCOTUS) to clean things up.

The Federal Circuit has never known what to do with this, and for every step forward there is at least one step backward. Some damage control efforts, include their “Enfish”, “Bascom”, and “Rapid Litigation” decisions.   Another case, “Mcro, Inc. v. Bandi Namco Games”, provides a bit more damage control. (Mcro calls itself “Planet Blue”, so we will call this the “Planet Blue” decision.)

The “Planet Blue” patent involved some improved methods of lip synchronization for animated cartoons, and their claims covered some novel but general rules to do this.  A lower court had originally invalidated these as being abstract, but the Federal Circuit reversed and said that the claims were OK.

As per their earlier Enfish decision, the Federal Circuit did not simply assume that software is “abstract” (under Alice step 1).  Instead, they asked the broader question, why is “abstract” a problem anyway?  As they interpreted it, “The concern underlying the exceptions to § 101 is not tangibility, but preemption.”  [Emphasis added]

Some history about patents and “preemption”: Back in1853 Samuel Morse, inventor of the telegraph, tried to get a claim for the use of electromagnetism for any method of printing characters or signs. However, this particular claim omitted any other details. The 1853 SCOTUS said “no”, because claims where “it matters not by what process or machinery the result is accomplished” (e.g. are preemptive) are not going to be allowed.

In Planet Blue, the Federal Circuit (possibly giving up on the more recent rulings as being hopelessly confused), has essentially gone back to the 1853 Morse case for some coherent guidance.  The Federal Circuit ruled that with regards to the Planet Blue claims, “The claim uses the limited rules in a process specifically designed to achieve an improved technological result in conventional industry practice… Claim 1 of the ’576 patent, therefore, is not directed to an abstract idea.” In other words, this passes Alice “step 1”, and you get a free “get out of abstract patent eligibility rejections” card.

The advantage of this ruling is that “preemption” is a more objective issue, and by changing the analysis from “abstract” to “preemption”, it would be possible to remove a lot of randomness from the patent process. If sustained (and this is a big “if”), it would be good news for software patents, biotech patents, and indeed all types of patents.