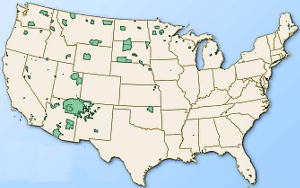 IPR attacks: Since the America Invents Act (ACA) went into effect in 2013, a popular way to invalidate patents has been to challenge them in Inter Partes Review (IPR) proceedings. IPR proceedings are a USPTO (Federal) Patent Trial and Appeal Board (PTAB) proceeding where challengers can argue that a given patent is not novel, or is obvious, in view of various published prior art.

Background: The University of Maryland (UMD) owned patent 7,635,386, covering a method of repairing cardiac valves. In May 2017, UMD successfully overcame an IPR challenge by arguing that UMD, as part of the State of Maryland, was therefore immune from the PTAB and IPR under the Eleventh Amendment (Sovereign Immunity).

OK… maybe so. Certainly, UMD was able to cite various cases supporting their view. PTAB agreed and dismissed the challenge.

They did what? Allergan PLC, a multinational pharmaceutical company with its own patents to protect, decided to push this concept to the limit.  Allergan sold some of their patents to the St. Regis Mohawk Tribe (located in New York) and then immediately licensed the patents back again. In September 2017 Allergan then argued that since this tribe is also a sovereign government, “the tribe’s” patents also had sovereign immunity to IPR challenges!

Well, points for creativity! I don’t think anyone has ever thought of this angle before. Certainly, the tribe would have been very happy to supplement its Casino business.

In terms of sovereignty, the tribes’ legal status, “domestic dependent nations”, is best described as “it’s complicated”. Did Allergan invent a new form of “patent laundering“? Patent law could have taken an interesting turn.

Sadly, for fans of twisty patent strategy, in 2018 the Federal Circuit shut this down in Saint Regis Mohawk Tribe, Allergan Inc. v. Mylan Pharmaceuticals et al. A subsequent appeal to the Supreme Court was denied.

But to contemplate an alternative reality, enjoy the enclosed map of the continental US, showing the larger tribal lands in color. They could have been the new frontier in creative patent law strategy! Perhaps they still could be, since the Federal Circuit ruling was narrowly focused on IPR. Other areas of patent, trademark, and copyright immunity remain to be explored.