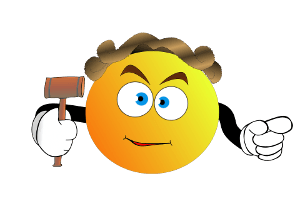 Conley, Twombly, and Iqbal are different standards of proof to successfully initiate patent litigation. This varies between the states.  Consider this when incorporating your company.

Historically, it was very difficult for the average person to initiate litigation. In earlier centuries, pleading had to follow strict “code pleading” rules, where even minor defects could cause otherwise good cases to be tossed out of court.  In rebellion to this, in the 1930’s, when the modern Federal Rules for Civil Procedure were first established, the thinking was that everyone should be able to have their day in court. To do this, the standards for the initial pleading were set at a low “short plain statement” level (1957 Conley v. Gibson case).  So it didn’t take much to start a Federal lawsuit. The legal theory here was that deficiencies in the initial filing could be easily corrected by subsequent discovery motions. Justice for the masses – this would be great!

Fast forward to 2007 and the legal situation was actually not so great. The Federal courts were clogged with cases. Discovery motions notoriously chewed up large amounts of time and money, sometimes on the basis of initial pleadings that were a bit “thin”.

In the 2007 Bell Atlantic Corp. v Twombly case, the US Supreme Court (SCOTUS) took it upon itself to raise the standards for pleading.  As rephrased by SCOTUS in the later (2009) Ascroft v. Iqbal case: “…only a complaint that states a plausible claim for relief survives a motion to dismiss… While legal conclusions can provide the framework of a complaint, they must be supported by factual allegations. When there are well-pleaded factual allegations, a court should assume their veracity and then determine whether they plausibly give rise to an entitlement to relief.  Note the term “plausible”. It means “reasonable” or “believable”. This is where the standards get tightened, because the old standard was “possible”.

In practice, the court will initially assume that the complaint facts are correct, but then examine various alternative scenarios to see if there are plausible alternatives that are legally OK. For example, in the original Twombly case, collusion between telecommunications carriers was alleged. Facts showing that different carriers behaved in a similar manner were given, but no evidence of actual collusion was presented.  Here the “plausible” alternative scenario was that each was just independently protecting their own tuff without improper collusion. So the 12(b)(6) motion to dismiss was upheld.

Similarly, prior to Twombly, it did not take much to start a patent infringement lawsuit.  Just fill out a “Form 18” giving the patent number, an assertion of infringement, and a few other minor details and this was good enough.  In theory, after Twombly, standards should now be higher, but…

Ten years later, and due to intervening Federal Circuit rulings that encouraged continued use of “Form 18”, this higher standard is only now slowly trickling down to patent litigation. There are still significant inconsistencies between different states and different Federal District Courts. Before 2017, this didn’t matter as much because for patent infringement, a company could be sued anywhere.  But now, since the 2017 TC Heartland case, a company is usually sued in its state of incorporation.

So at present, we have a new and interesting situation where a company can apparently lower the risk of patent infringement lawsuits by incorporating in a state where the Federal Courts have higher standards.