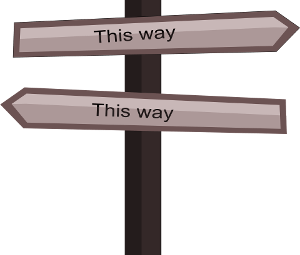 CLS Bank v Alice Corporation: what is patentable? Perhaps I was too optimistic in my earlier “Prometheus bound (or at least distinguished)” post.

The May 10 Federal Circuit court decision, “CLS Bank v Alice Corporation” shows that the Federal Circuit is unfortunately still spinning its wheels with regards to determining basic questions about what is patent-eligible.

The good news is that the decision’s various logical problems, and the logical problems with the underlying Supreme Court decisions, are being widely publicized.  Indeed interest in this decision was so high that the Federal Circuit Court servers crashed under the load of everyone trying to download the decision at once!

If you are interested in seeing the present state of the art in regards to cutting-edge legal confusion, you can download the Federal Circuit decision at:

Note added in 2020:  An alternate title for this article could have been “the insanity begins“, but arguably the insanity actually started a bit earlier with the earlier Mayo v Prometheus case.  However, CLS Bank v Alice dialed the insanity “up to eleven“.

In retrospect, the original 2012 dissenting opinion by Judge Moore (joined by Judges Rader, Linn, and O’Malley) clearly shows that nearly half the Federal Circuit judges realized that the Federal Circuit (and as it turns out, later the Supreme Court) were about to go seriously “off the rails” with regards to patent eligibility.

“I am concerned that the current interpretation of § 101, and in particular the abstract idea exception, is causing a free fall in the patent system. The Supreme Court has taken a number of our recent decisions and, in each instance, concluded that the claims at issue were not patent-eligible. See Bilski, Prometheus, Myriad (under consideration)…

My colleagues erroneously apply Prometheus’s “inventive concept” language by stripping away all known elements from the asserted system claims and analyzing only whether what remains, as opposed to the claim as a whole, is an abstract idea…This approach is inconsistent with the 1952 Patent Act, and years of Supreme Court, CCPA, and Federal Circuit precedent that abolished the “heart of the invention” analysis for patentability…

Moreover, my colleagues’ analysis imbues the § 101 inquiry with a time-dependency that is more appropriately the province of §§ 102 and 103… Under my colleagues’ approach, however, a system claim that passes § 101 when the patent issues could later magically transform into an abstract idea simply because certain computer hardware elements no longer seem inventive.”

So these judges, writing in 2012, analyzed the problem with total clarity and foresaw exactly what would happen.  Too bad the Supreme Court apparently ignored this opinion!

With the passage of time, dissenting opinions often become majority opinions. In this context, the 2012 dissenting opinion by Moore, Rader, Lin, and O’Malley spells out exactly how, when, and why the patent eligibility legal framework went amock. It also gives a good clue as to how to fix these problems.