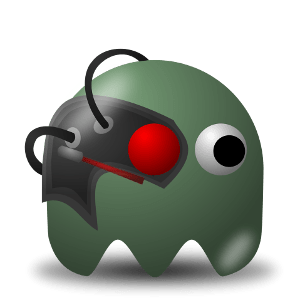 As previously discussed, since the Supreme Court’s 2014 “Alice” decision, patent law has been burdened with an unworkable “is it abstract?” test for patent eligibility. This test is similar to a medieval test to determine witches:  Step 1: “determine if the test subject is abstract”;  Step 2: “if so, does the witch float? is there something more?”

The Federal Circuit, charged with cleaning up patent law, sometimes chips away at this nonsense, and sometimes adds to the nonsense. In two earlier cases (Enfish and Rapid Litigation), the Federal Circuit established at least a few reasonable step 1 rules (such as read the entire claim), and now we have another.

Thales Visionix had a patent on a motion-tracking Head Mounted Display (HMD).  This patent claimed a HMD arrangement of inertial sensors and signal processing elements, used in the F-35 fighter jet. Any enemy pilot blown up by this HMD system might not consider this to be “abstract”, but a lower US court was not so easily impressed. They used their own “Alice: it’s abstract” weapon to shot down the HMD patent.

In the absence of rules (the Supreme Court thoughtfully declined to provide any), lower courts have often used a type of “guilt by association” logic, where if a given patent claim has some elements in common with another claim previously ruled to be abstract, then that claim is also abstract. The lower court argued that the Thales patent claims were abstract because the claims allegedly “used mathematical equations (previously determined to be abstract) for determining the relative position of a moving object to a moving reference frame”.

However. the Federal Circuit disagreed.  They determined that just because a claim contains a patent-ineligible (abstract) concept (e.g. mathematical equations) does not mean that the entire claim is (step 1) “abstract.” Rather, the question is if the patent-ineligible concept (math, natural law) is being used to improve some other technique. If so, then the claim as a whole is not abstract. This is similar to their earlier, more biotech-focused, ruling in the Rapid Litigation case.

So as a medieval logic analogy, just because a woman has a cat does not automatically mean that the woman is a witch, if the cat is unusually good at catching mice. If improved mouse catching can be shown, the step 1 conclusion is that the woman is not a witch. There is no need to go on and subject the poor woman to a step 2 “witch float” test.  This is good because there is a high casualty rate at step 2.