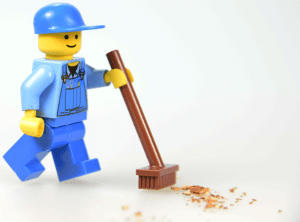 In 2012 and 2014, the Supreme Court (SCOTUS), which wanted to invalidate a few pesky financial and medical diagnostics patents, decided to use legal “nuclear weapons” rather than legal “fly swatters“.  The SCOTUS legal nuclear weapons were the now-infamous two-step “abstract material” patent eligibility test.  Step 1 of this test is summarized below:

Step 1) Determine if the patent is directed to “abstract” subject material.  If not then congratulations, the patent passes this test and is patent-eligible.

SCOTUS refused to define “abstract material”. This allowed the USPTO and the lower courts to run amok and start randomly invalidating patents, including biotech patents. This, in turn, started to damage US biotech and software startups, which need patents to get funding, as well as for protection from larger competitors.

The Federal Circuit, one step below SCOTUS, and charged with cleaning-up patent law, waited several years for SCOTUS to correct itself, to no avail.  The Federal Circuit is itself confused about these issues, and their rulings largely depend on which judges hear a particular case. However, in mid-2016, they issued a series of patent eligibility decisions, first Enfish, then Bascom, now Rapid Litigation (Celsis) v Cellzdirect that suggest that at least some of the judges want to do some damage control.

“Abstract” is just as undefined for biotech as it is for software, but for biotech, it seems have more of a “natural law-ish” flavor.  Arguably a technologically illiterate approach since everything involves natural laws, but alas SCOTUS has no STEM majors.

Fortunately, a few Federal Circuit judges are STEM majors, and they have the power to do at least some damage control by providing official interpretations/clarifications of SCOTUS decisions. Here they clarified that in step 1, “directed to” is not the same thing as “involving”.

The patent in this case, 7,604,929, was about an improved method of freeze storing liver cells (cryopreservation of hepatocytes).  Before the patent, everyone in the field believed that freezing damages living cells, and that multiple freeze-thaw cycles should be avoided.  The inventors discovered that some hepatocytes were resistant to this problem, and used this discovery to invent an improved hepatocyte cryopreservation method.  This method first freeze-thawed the cells, then used a density gradient to select for the freezing resistant cells, and then refroze these resistant cells again, producing very freeze resistant hepatocytes.

An earlier court had ruled this patent invalid by arguing that discovering that some hepatocytes could survive multiple freeze-thaw cycles involved a “law of nature”. However, the Federal Circuit pointed out that “involved” isn’t enough grounds to invalidate a patent, because the ‘929 methods also claimed other steps, such as using density gradients.  So “directed to” is more than just “involves“.

This Federal Circuit decision makes it harder to invalidate a biotech patent, at least in the most common cases where the claims also have other steps in addition to the “natural law” steps.  The fact that the ‘929 claims were relatively simple helps to further clarify the legal issues.