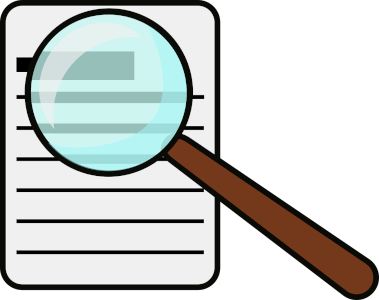 Are you having problems with a patent that you believe is invalid? Know about uncited prior art? Consider filing a Patent Ex Parte Reexamination request.

In the US, there are various legal methods to challenge the validity of issued patents. These legal methods vary significantly in expense and relative risk.

Ways to challenge a patent:

At present, patent challengers only file about 200 Ex Parte Reexamination requests each year. Given the low costs and minimal risks, why isn’t this method used more often?  Probably because fewer arguments are allowed, and the challenger has less control over the process.

To file an Ex Parte Reexamination request, you (the challenger) need to identify some new and convincing printed prior art. Usually, this is one or more patents or other publications that the original patent examiner didn’t consider. These additional citations should be convincing enough to raise a Substantial New Question of Patentability (SNQ). Here, the USPTO only allows you to bring up two issues. These are anticipation (35 USC 102 – one new reference is enough); or obviousness (35 USC 103 – usually based on two or more new citations).

To initiate the challenge, you need to fill out a USPTO form (PTO/SB/57) with the relevant information, and further include a detailed request providing further explanation. The explanation shows how the various limitations in the challenged claims correspond to the new prior art references. Claim charts can be used, but are not required. This explanation is a bit like a USPTO office action.

You (as challenger) submit the form and detailed request to the USPTO along with other required papers. The USPTO will also require a reexamination fee (presently $3,000 for a small entity). You must also serve a copy of this request to the owner of the challenged patent. The USPTO requires you to provide proof of service as well (you can have a third party do this). This lets the USPTO verify that you have notified the patent owner.

After you file the Ex Parte Reexamination request:

The USPTO will review the request. If your request complies with the USPTO standards, they will inform the patent owner that the USPTO is reexamining their patent. You (as challenger) will then have no further input.

Once reexamination starts, the USPTO patent examiner reopens examination by issuing new rejections, which the patent owner must rebut.

The results depend on how well the patent owner rebuts the new rejections. Sometimes, such as when the patent owner knows that the patent is weak, they may “forfeit.” But if your new citations are not good enough, they may come back with an adequate response. In this case, the reexamined patent will issue again. It can reissue with either with the same claims or more limited claims. Now, what is left will be a bit stronger because of the added review.

Still, if you want to try to knock out a troublesome issued patent, know about some juicy but uncited prior art, and are on a budget, consider the Ex Parte Reexamination option.