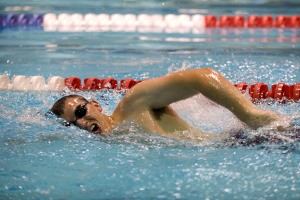 Welcome to the International Nice Trademark Class system, where we attempt to fit all types of goods and services into only 45 different classes. The results can be a bit strange!

Originally, every country defined its own country-specific trademark classes (swim lanes).  This created a lot of international trade confusion. To standardize this process, various countries met in Nice France in 1957. They adopted an earlier (1935 era) proposal and established a standardized list of 34 different trademark classes. This was originally just for trademarked goods. Later, 11 additional trademark service classes were also added. This brings us up to the present total of 45 goods and services. So at present, the trademark swimming pool (“all of commerce”) has 45 swim lanes. This is called the “Nice Classification”.

As might be expected from a 1935-era based classification system, it is a bit dated. Products in general use before 1935 tend to get more than their fair share of different trademark classes. More modern products and services tend to get crammed into a relatively small number of trademark classes. But this is the internationally standardized trademark law system we have, get used to it.

Why do we care?