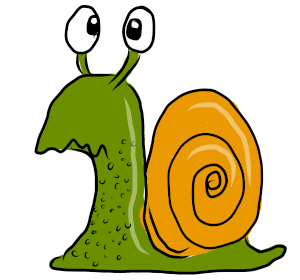 Trademark applicants often think that if their proposed trademark is not identical to an existing mark, then it will be approved. This is not the case.

The law, in general, is all about human mental states and intentions. Trademark law is no exception. Here trademark law acts to protect us (as consumers) from accidentally purchasing the wrong thing. Trademark law also protects us (as sellers) from having unscrupulous competitors mislead our customers. For trademarks, a key issue is: would trademark “A” confuse the customers of trademark “B”?

Dupont factor 1: “The similarity or dissimilarity of the marks in their entireties (to a human, who may not be paying careful attention) as to appearance, sound, connotation and commercial impression.

If a trademark examiner, judge or jury considers all of the elements of the marks and thinks that the marks are similar, this is bad. If there is actual real-world evidence that customers are being confused, this is also bad. There is some good news, however.  If similar-looking trademarks are for very different products or services, then the chance of confusion is much less. So this can be a way to escape this problem.

For example, back in the day, a customer looking to purchase music might not be confused by similarly named computer products. So originally, trademarks for Apple records and Apple computers could coexist. (Now not so much, and deals had to be made — which is OK under Dupont factor 10.) This brings us to:

Dupont factor 2: “The similarity or dissimilarity of and nature of the goods or services as described in an application or registration or in connection with which a prior mark is in use.” (Here there are various trademark classes, and products and services in different trademark classes are usually considered to be dissimilar.)

USPTO trademark examiners will often just initially consider factors 1 and 2. However, if you get a “confusingly similar” rejection, or someone else raises this issue, it is time to start considering the other Dupont factors.

In defense, arguments might be made that the suppliers use different trade channels (factor 3); that the buyers are sophisticated buyers that are not easily confused (factor 4); or that multiple suppliers use a similar type of mark to sell similar goods or services (factor 6).