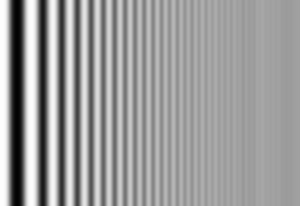 For software copyright infringement cases, courts tend to use an “abstraction-filtration-comparison” (AFC) test. Copyright AFC tests were first introduced in the 1992 “Computer Associates v. Altai” case.  For this test, the court (i.e. the judge with expert help) first “abstracts” (analyzes) the work and determines what parts are “expression” (copyright protected) and what parts are ideas (copyright ineligible).  Then the court removes (filters out) the ineligible idea portions. If there are questions about what remains, the court can give the remaining “expression” portions to a jury to decide.

This test puts a lot of responsibility on the court to get things right and is hard to perform in practice, but at least it makes some sort of logical sense.  Throw out the ineligible stuff, and just look at the rest.

Copyright AFC tests were inspired by the earlier “Scènes à Faire” (Scenes a Faire) concept often used for literary and movie copyrights. As a quick example, if you want to write a Western novel or film, then horses, guns, salons, bandits and the like are considered essential ideas, and these would be tossed out in a copyright case involving a Western theme.

The problem is that outside of software, older tests, such as “objective substantial similarity” and “total concept and feel” are still being used.  These older tests blur the distinction between creative expression and ideas and rely on an unskilled jury to magically sort things out.

To somewhat simplify the “Blurred Lines” case, the jury listened to music that contained a mixture of creative expression (different lyrics and music) and unprotected ideas (generic party noises and cowbell). To make matters worse, the jury instructions did not even tell the jury to try to distinguish between creative expression and copyright ineligible ideas.

So, not surprisingly, the jurors found infringement; most likely because both songs contained party noises and cowbell.  Never mind that these were not covered by copyright and that as far as the actual copyrightable lyrics and music went, the two songs were quite different.

This case is presently on appeal. Various copyright experts have suggested that the way out of this mess is to expand the use of the copyright AFC test from computer software to other types of copyright cases as well. Unfortunately, the law works slowly. Until then, go easy on the cowbell at parties.