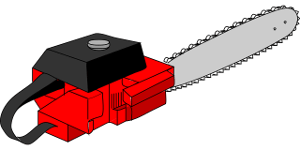 A while back, you filed a patent application.  Now you have received a phone call or letter from your examiner.  The examiner tells you that there are “Election/Restrictions.” Further, you must choose between various patent claims on different “Species group” lists.  What is this?

Your initial USPTO patent filing fee buys your patent application around 18 to 24 hours of total examination time. Not a lot of time, and frequently examiners think that an application will take longer than this. When this happens, the examiner can reduce his workload by asserting that your application contains “multiple inventions.”  Each of these “multiple inventions” is called a “species.”  These “species” are pieces or fragments of your original claim set.  Examiners divide your claim set among these species. They then send you a notice asking you to “elect” a “species” and claims for examination.  The claims that you don’t elect are “withdrawn.”

You have some options here

Think before responding.  Examiners have orders to reject most patent applications initially. The examiner is chopping your invention into smaller pieces to make it quicker and easier to deny. This chopping is uneven. Some parts may be commercially useful, others not.  Some may be easy to reject; others may be hard. Sometimes there are only a few pieces, but other times the examiner may split your invention into 15 or even 50+ parts!

USPTO rules allow restrictions and elections to be done either orally or in writing.  Sometimes your examiner may call you on the phone, explain the restriction and election options, and ask what you want.  A wrong decision can be costly, and these oral elections are often legally binding.  I recommend not deciding on the spot.  To be sure you understand all the details and have time to think, request the restriction in writing.

You can contest the restriction, but you still have to choose an option.

There are restriction rules.  The species need to be distinct, and the restriction should not destroy the invention.  If your examiner has violated these rules, you can and should argue back (this is called a “traverse”) in writing.  Unfortunately, you still have to choose, no matter how unreasonable your examiner’s scheme may look.

Even if your examiner rejects your arguments, there will be other chances.  Later in the examination process, after the examiner finds that your elected claims are allowable, you can request “rejoinder” and try to get more claims examined.  You can also have the unelected claims considered later (for extra filing fees) as one or more divisional applications.