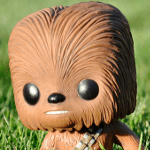 Litigation by unfair surprise is out, at least for US patent PTAB cases — for European patent oppositions, not so much.

One thing that I will never forget about my experience with European patent oppositions is that to American eyes, the European process appears to be rather “due process of law” impaired.

Europe has a system by which issued patents can be challenged. This system is called a patent opposition. In the US, the counterpart to this is the Patent Trial and Appeal Board (PTAB), which can conduct Inter Partes Review (IPR) hearings.

The two systems have various differences. For example, although in theory, issues should be argued in advance by written briefs, the European opposition process also allows parties to introduce new issues during the last-minute oral arguments.

This allows for litigation by “unfair surprise”, rather than by reasoned arguments.  In this sort of setting, I have seen that illogical but last-minute “Chewbacca defenses” can work quite well.  The clock is ticking, proceedings are going to finish in an hour, and suddenly you have to discuss entirely new and logically irrelevant issues. It is as if you suddenly have to shift gears and focus on if the Star Wars character Chewbacca lives on the planet Endor or not.

In this regard, it is refreshing to see that the Federal Circuit in Dell Inc., v. Acceleron, LLC (March 15, 2016) has confirmed that this sort of litigation by unfair surprise is unacceptable for US PTAB patent reviews. Due process wins!  That is, arguments made during oral argument must be restricted to only those arguments previously discussed in writing beforehand.  Thank you, Federal Circuit.

Part of why the European patent opposition process permits unfair surprise may be due to the difference between European civil law practice, and American (and UK) common law practice. The European civil law system, which generally does not use juries, assumes that the judges are all-wise, and therefore need little protection against bad input (irrelevant or improper evidence).  By contrast, the common law system, which is jury oriented, has greater protections (rules of evidence) against bad input.

Since all judges are human, a key difference between the two systems is that, at least for patent opposition matters, the European system is running with fewer quality control measures.

I prefer the American system, thanks. In any event, the take-home lesson is that for international patents, sometimes there can be unexpected differences between countries.