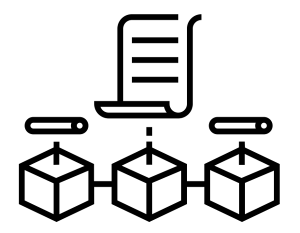 The USPTO EPAS/ETAS assignment process, and legal chain of title principles, help the public determine who owns a given patent or trademark.

Who owns that patent? Unlike some countries, where patents are automatically assumed to belong to the employer, the US legal system presumes that patents originally belong to their human inventors. This is based on various “right of capture” cases involving foxes and other critters that go back to medieval/roman times.

The chain of title

A chain of title is a series of records that document how ownership or other important rights to a given piece of property has changed over time. The underlying concepts are based on real estate law, which over hundreds of years developed methods to protect the innocent against various real estate scams. Here we will skip over hundreds of years of colorful and sometimes bloody history and focus on modern-day IP.

The law requires an unbroken series of records handing off ownership from one owner to the next. This chain must extend from the original owners (the inventors) to the present owners. The USPTO helps manage this process through their online “Electronic Patent Assignment System” (EPAS). The USPTO also has a similar system for Trademarks as well, called the “Electronic Trademark Assignment System” (ETAS).

If used properly, the EPAS system will automatically record (and later display) the chain of title from the original inventors to the present owner(s). It is often useful to see “who” owns “what.”

In particular, the law tends to treat innocent “good faith” (bona fide) purchasers more kindly – assuming that they show some prudence, such as looking up assignment records before purchase. But this system won’t work if the assignment records are not current. To keep the system up-to-date, the USPTO follows 35 USC § 261, which states:

35 USC § 261: An interest that constitutes an assignment, grant or conveyance shall be void as against any subsequent purchaser or mortgagee for a valuable consideration, without notice, unless it is recorded in the Patent and Trademark Office within three months from its date or prior to the date of such subsequent purchase or mortgage.

What does this legalese mean? It means for the best protection against fraud; you should register your patent (or trademark) assignments within three months.

If this doesn’t happen, it is not the end of the world. Plenty of assignments are registered late as Nunc Pro Tunc Assignments. However, the “automatic” anti-fraud legal protection no longer operates. This is not a problem if there was no fraud, but of course, automatic protection is better.

Illustration: Blockchain by James Fok from the Noun Project