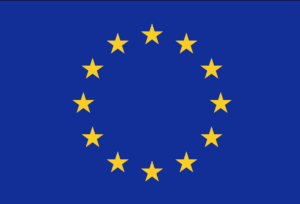 European software patent laws are different from the US software patent laws. In the United States, at least before “Alice” all that you had to do to overcome a “not patentable” (35 USC 101) rejection for a software patent application was to include, in the claim language, words to the effect that the invention is running on a computer processor.  The actual rules and court decisions are more complex, of course, but the fact remains that including the claim limitation “processor” used to go a long way.

What about Europe?  Although European Patent Convention Article 52 states that “programs for computers” are not patentable, this does not mean that an invention that uses software is not patentable.  Here European Patent Office (EPO) case law shows that what the EPO looks for is proof that the invention has a “technical effect” and/or has a “technical character”.  If you can show that your invention solves a technical problem, then the fact that your invention uses software does not exclude it from EPO patentability.

Of course, just as in the US, the invention will still have to satisfy a number of other stringent tests (e.g. novelty, non-obviousness) as well, but at least in Europe the “technical effect” standard gets you in the door.