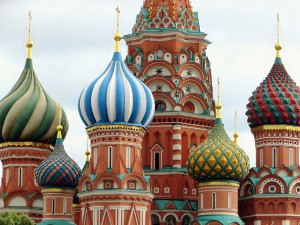 Low-cost PCT applications? Individual inventors and small firms on a budget may be happy to know that as of January 10, 2013, Rospatent offers a new way of filing international PCT patent applications that can save on PCT filing costs.

The USPTO is a recognized ISA, and charges $2080 for this service.  Other ISA that the USPTO cooperates with have included Europe (even more expensive), Australia (also a bit more expensive), and Korea (cheaper – only $1167).  As of January 10, 2013, the USPTO will also cooperate with the Russian patent office (Rospatent) as an ISA.  Their ISA fees are a jaw-dropping $217.  That’s right, this is not a typo.  They are about 10 times cheaper than the US!  They do accept English, and also correspond in English.

What is the catch?  They are new to this, and the quality of their searches is uncertain.  Additionally, the USPTO information sheet states that Rospatent sends correspondence to applicants via snail mail, rather than electronically, although they do accept faxes.

Probably the biggest potential issue relates to the later national stage patent application filings.  There appears to be a higher risk that they will use non-English (e.g. Russian) citations in their search report.  Thus the applicant may in-essence be trading off present lower initial PCT filing costs vs. the possibility of future higher national phase citation translation costs.  The same issues apply to using Korea and Europe as an ISA, of course.

However, for small entity applicants, who are uncertain about future national phase filings, but who wish to preserve their international options as long and as inexpensively as possible, Rospatent appears to be a viable alternative to consider.  Rospatent essentially cuts initial PCT application costs in half.  For some small entities, where the financial decision may be to use Rospatent or do no PCT fling at all, Rospatent may be quite useful.

Note:  Alas, crazy Ivan’s house of bargains is no more.  As of 2014, Rospatent raised their prices.  At the same time, the USPTO significantly dropped their PCT filing prices for small companies and individual inventors.  Thus for many US-based filers, the USPTO is now quite competitive on pricing, and there is no compelling need to use Rospatent.